Hello folks, for the last time in 2017! Phew, it’s been a heck of a year – and I’m not sure next year will see any miraculous improvement. Briefly – because this is my blog and I do what I want – I would like to thank all the creators who’ve continued to create through everything this year. Various governments, natural disasters, and fascists have not made it easy to continue to strive for justice, equality, and the ability to look for joy in everyday life. I believe that we can make things better for everyone.

Human rights are not an infinite resource – we all deserve to be celebrated for our differences and for our similarities, to have equal access and equal pay, to be safe in our homes – to have homes at all – and trust that those who have power over our lives will be ruled by justice and compassion. It might not always happen, but that’s what we all deserve, without exception.

Wow, that got a little bit deep there, folks. Ahem. So now let’s move on to something utterly superficial – my blog stats for 2017! This has been my first full year of blogging, so I’m really interested to see what the data looks like (*cough* nerd). END_OF_DOCUMENT_TOKEN_TO_BE_REPLACED

Before we start. This is one of my more personal posts. If we know each other in a professional capacity, or if we’re family, you might want to think about skipping this one. I’m leaving the decision up to you. This isn’t a particularly happy or relaxing post, but it’s been cathartic to write it, and I think it will be cathartic to share.

Also, trigger warnings for abandonment issues, and vague mentions of childhood trauma (not mine) and bullying (mine). END_OF_DOCUMENT_TOKEN_TO_BE_REPLACED

Hello, folks! Welcome to my second post on Bible journaling. To catch the first, where I talk about the materials you might want to grab, click here.

Today I want to talk about actual techniques to make your pages look really good. Some of these, I’ve tried. Some, I’m waiting to find the right verse to give it a proper go. But they all should be fairly easy to achieve. END_OF_DOCUMENT_TOKEN_TO_BE_REPLACED

Hi folks! Today I want to introduce you to something new and crafty I’m trying out. It’s called Bible Journaling.

Bible journaling is a great way to connect with God’s word, relieve stress at the end of the day, and have fun with paints and pens to create beautiful Bible pages, personalised with your thoughts and favourite verses. END_OF_DOCUMENT_TOKEN_TO_BE_REPLACED 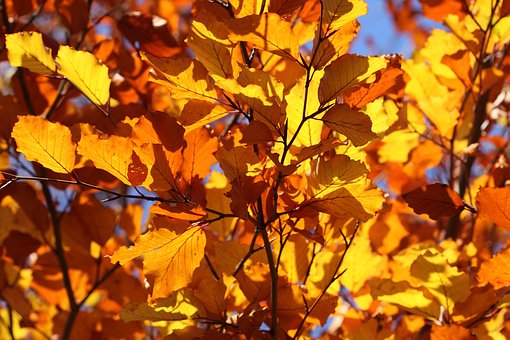 Autumn is upon us! The skies are crystal blue, the leaves are crunching underfoot, and I’ve unpacked my thick jumpers and scarves from their summer holiday on top of the wardrobe. My circulation is not great, so I’ll pretty much be in gloves from now until April.

So, to get us all in the mood for the snuggliest, most colourful season of them all, here are 8 things to invest in for a super bookish autumn. END_OF_DOCUMENT_TOKEN_TO_BE_REPLACED

Hello, folks! I’ve been running this blog for just over a year now, and today is my 100th post!

I initially started with the intention of cataloguing my reading for and experiences at YALC 2016. I enjoyed connecting with other readers and writers, but since I’d started blogs before and never managed to stick with them, I wasn’t making any big commitment to a long term project.

But YALC was fun, and I was going to a couple of other book events over the summer, so I thought I’d stick with it for now at least, have some fun, and see where I got.

It wasn’t until the beginning of this year that I realised I wanted to make a proper go of it. I started scheduling posts in advance, interacting more with the online book community, and committed myself to several year-long reading challenges to pull me through any potential slumps.

And now, here we are. 100 posts in, over a year blogging, and I’ve met so many great people, and read so many amazing books. So I thought it would be nice to do a meet-the-blogger post to celebrate my milestone. Thus: here are some things about me! END_OF_DOCUMENT_TOKEN_TO_BE_REPLACED

Allaha is a knight of the Order of Aisha, Fallen of the Mountain. She – like her fellows – is stoic and reserved, trained to fight against demons and their ilk. When she triggers a vision that kills a renown oracle, she is set on a quest to complete the prophecy.

She becomes the protector of those mentioned in the prophecy.

Tamara is a young woman of the Menori – a migrant people that travel in caravans. She is also a hamalakh, able to sense the emotions of others as well as sense falsehoods. She is sometimes wise beyond her years, but at other times her youth can cause her to draw incorrect conclusions.

Hibu, a sorcerer, is from the country of Jeongwon – a land where the nobility are worshipped as gods. He was the personal sorcerer of Prince Ji – a testament to the strength of his powers. He is ever curious and seeking new knowledge, questioning all the people they meet on their journey. He is joined by his demon familiar, Goric.

Karejakal was orphaned by the death of his entire clan – but his mastak powers gave him the ability to keep their spirits close. Still a child, Karej is a Tibu – a race of cat people that walk upright. Learning of his people from the spirits of his clan, the child has adopted Allaha as his mother.

Together, they travel the land of Magdra, seeking answers to a broken prophecy wherein they only know two things – that a darkness is coming, and that they are meant to stop it. All they need to discover now is how to do it. END_OF_DOCUMENT_TOKEN_TO_BE_REPLACED

Aristotle is an angry teen with a brother in prison. Dante is a know-it-all who has an unusual way of looking at the world. When the two meet at the swimming pool, they seem to have nothing in common. But as the loners start spending time together, they discover that they share a special friendship—the kind that changes lives and lasts a lifetime. And it is through this friendship that Ari and Dante will learn the most important truths about themselves and the kind of people they want to be. END_OF_DOCUMENT_TOKEN_TO_BE_REPLACED

Hello again, folks! Welcome to another episode of Words for the Week, which happens every Sunday. I have so many books full of great words, and I so rarely have an excuse to delve into them. So I’m putting together a small selection of these lovely words once a week, in the hope that you enjoy them as much as I do. This week’s words begin with ‘I’.  END_OF_DOCUMENT_TOKEN_TO_BE_REPLACED

Sixteen-year-old Starr Carter moves between two worlds: the poor neighborhood where she lives and the fancy suburban prep school she attends. The uneasy balance between these worlds is shattered when Starr witnesses the fatal shooting of her childhood best friend Khalil at the hands of a police officer. Khalil was unarmed.

Soon afterward, his death is a national headline. Some are calling him a thug, maybe even a drug dealer and a gangbanger. Protesters are taking to the streets in Khalil’s name. Some cops and the local drug lord try to intimidate Starr and her family. What everyone wants to know is: what really went down that night? And the only person alive who can answer that is Starr.

But what Starr does or does not say could upend her community. It could also endanger her life.  END_OF_DOCUMENT_TOKEN_TO_BE_REPLACED