World Stationery Day is coming up on 25th April! I love having a chance to get super excited about stationery – you may have seen my recent notebooks post.

To celebrate the occasion, Old English Company is holding a competition to win a set of their gorgeous planners – click here for details. Entries close on 25th April, so get on in there and enter! You can see the full collection here.  END_OF_DOCUMENT_TOKEN_TO_BE_REPLACED

Hi folks! I was having a think the other day about blog post ideas, and to be honest I was struggling to think of anything. I haven’t been doing a whole lot of reading for a while, and I write so much of my life down in notebooks these days that I don’t splurge quite so much online. 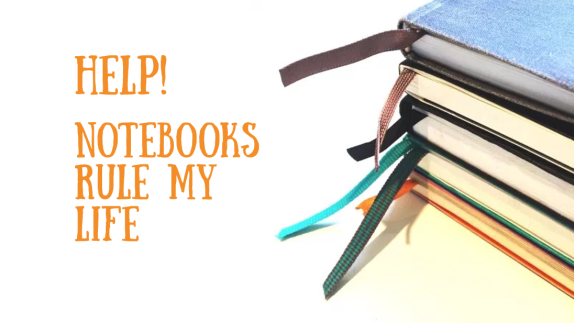 I have seven on the go at the moment, each for a different purpose, and I thought it’d be fun to share what kinds of notebooks I like, how I use them, and the techniques I use to keep track of my life within them. So that’s what I’m going to do in this post! I’ll go through them, rather arbitrarily, in size order. END_OF_DOCUMENT_TOKEN_TO_BE_REPLACED

Hello folks! Another book tag for you this week, this one based on one of my favourite films of last year – Beauty and the Beast! Since the film’s been out for a whole year already, (and still no bonus features??) I thought now would be a good time to do this tag! It was originally created by Du Livre, and I pinched it from Dreamland Book Blog.

Katsa and Po from Graceling by Kristen Cashore. I love them both so much. Their relationship is built on trust and strength, and Po respects and adores Katsa absolutely, from the beginning. It is an unconventional pairing – a prince and a tool of terror – but they do not compromise – rather, they build one another up. Katsa doesn’t want children, or to marry, and Po settles the matter by making her his heir. They are both powerful, and adorable, and so very precious to my heart.

The Jure’lia in The Ninth Rain by Jen Williams. Not quite in the same vein as Gaston, but their looming presence has shaped a world. Their structures are so huge they are beyond comprehension, their technology far surpassing the people that live under their shadow. They are terrifying, but I love that. I can’t wait to see how they can possibly be defeated, or even fought, in the sequel, The Bitter Twins, which comes out this year. 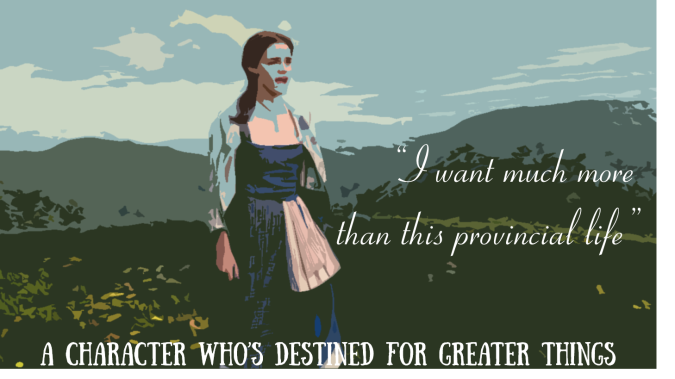 Agnieszka from Uprooted by Naomi Novik. She’s just a regular village girl, but when she is unexpectedly chosen by the Dragon, the ageless wizard from the tower, she grows into something much more. It’s a really refreshing look at the dynamic between a young woman and her socially superior love interest – and watching him tear his hair out at the way she does magic is so, so hilarious.

Dashti from The Book of a Thousand Days by Shannon Hale rarely has an opportunity to be herself. An orphan, a lady’s maid, she is imprisoned with her mistress when this fine lady refuses to marry the man her father has chosen. The man she has selected for her champion rides to the prison tower, but she cannot face him. She asks Dashti to speak to him instead. And in so doing, the fates of many alter. Dashti will lie and deceive her way to the feet of power, in defence of her lady, and in loyalty to the man pledged to another. Also, she’s kind and brave and I love her. 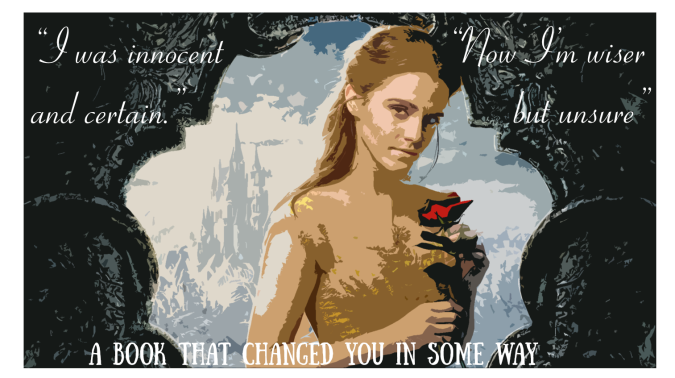 Thud! by Terry Pratchett was my first adult Pratchett book. And it was a revelation. It was the first time that I realised that fantasy could be funny (I’d only read kids’ Diana Wynne Jones at this point) and political commentary at the same time. It was the first time I saw that fantasy could be clever, and still hold up as good fantasy. It opened my eyes to a whole new corner of the bookshop.

A murderous Caliph and the sister of one of his victims? It seems unbelievable, but in The Wrath & the Dawn by Renee Ahdieh is a retelling of a very familiar story – One Thousand and One Nights. But this version leans into the reasons for it all in the first place, and builds Khalid and Shazi into a strong – and, remarkably, believable – pairing.

The end of Abhorsen by Garth Nix. It’s very difficult to say anything that wouldn’t just be a massive spoiler, and therefore potentially ruin the impact for someone else. All I will say is that everyone is heartbreakingly excellent, and The Disreputable Dog deserves an honourable mention for being the Best Dog. Such a Good Dog.

The Left Hand of Darkness by Ursula K. Le Guin. The whole of last summer, it seemed like this was the only book people could recommend me. I finally relented, though I know I often fail to adore old-school sci-fi that everyone else loves. I did not fail here. I honestly found it a bit of a slog at first, but I’m so, so glad I carried it through.

And that’s all, folks! Thanks for reading. Would you have picked differently? Let me know in the comments! 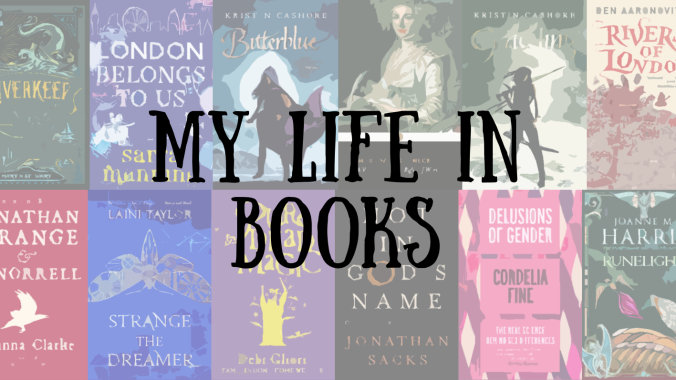 Hello folks! Another tag for you today, this time courtesy of creator The Journeys of a Girl, and once again pinched from Dreamland Book Blog. This one’s got some rather interesting questions! END_OF_DOCUMENT_TOKEN_TO_BE_REPLACED

Hi folks! Something a little different for you today. It being Endometriosis Awareness Week this week (3rd-9th March) I thought I’d share my experiences with the condition, and do what I can this week to spread the word.

I’ve used inclusive, gender neutral language throughout this post. Not every woman has a uterus, not every person with a uterus is a woman. I firmly believe that resources on conditions like endometriosis should be accessible to everyone. END_OF_DOCUMENT_TOKEN_TO_BE_REPLACED

Hi folks! Another book tag for you today, in honour of how great Hamilton is – I got to see it in January this year, and I’m still not over it! This tag originated from Maureen Keavy, and I shamelessly pinched it from Dreamland Book Blog. END_OF_DOCUMENT_TOKEN_TO_BE_REPLACED

The Council’s rules are strict, but they’re for the good of the settlement in which Emmeline lives. Everyone knows there is nothing but danger the other side of the Wall, and the community must prepare for the freezing winterkill that comes every year.

But Emmeline struggles to be obedient under the Council’s suffocating embrace – especially when she discovers that a Council leader intends to snatch her hand in marriage. 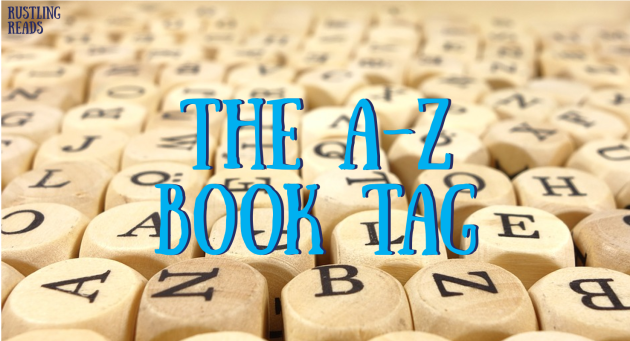 I shamelessly pinched this tag from Between the Pages, because it looked like good fun. It originated from The Perpetual Page Turner. Check out both their blogs, they’re great! END_OF_DOCUMENT_TOKEN_TO_BE_REPLACED

Revealing how a small curious boy in Suffolk turned into an internationally famous jewellery designer Two Turtle Doves is the story of a life spent making things.

Growing up in 1970s Suffolk in a crumbling giant of a house with wild, tangled gardens, Alex Monroe was left to wreak havoc by invention. Without visible parental influence, but with sisters to love him and brothers to fight for him, he made nature into his world.

Creation became a compulsion, whether it was go-carts and guns, cross-bows and booby-traps, boats, bikes or scooters. And then, it was jewellery.

From full-out warfare waged against the local schoolboys to the freedom found in daredevil Raleigh bike antics to the delicacies of dress-making and the most intricate designs for jewellery, Two Turtle Doves traces the intimate journey of how an idea is transformed from a fleeting thought into an exquisite piece of jewellery. It is about where we find our creativity, how we remember and why we make the things we do. END_OF_DOCUMENT_TOKEN_TO_BE_REPLACED 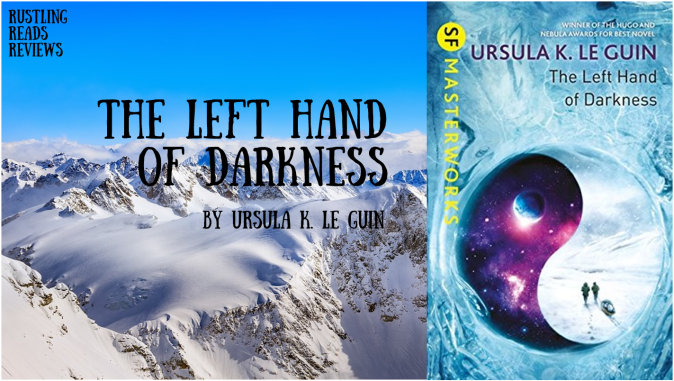 A groundbreaking work of science fiction, The Left Hand of Darkness tells the story of a lone human emissary to Winter, an alien world whose inhabitants can choose -and change – their gender. His goal is to facilitate Winter’s inclusion in a growing intergalactic civilization. But to do so he must bridge the gulf between his own views and those of the completely dissimilar culture that he encounters.

Embracing the aspects of psychology, society, and human emotion on an alien world, The Left Hand of Darkness stands as a landmark achievement in the annals of intellectual science fiction. END_OF_DOCUMENT_TOKEN_TO_BE_REPLACED